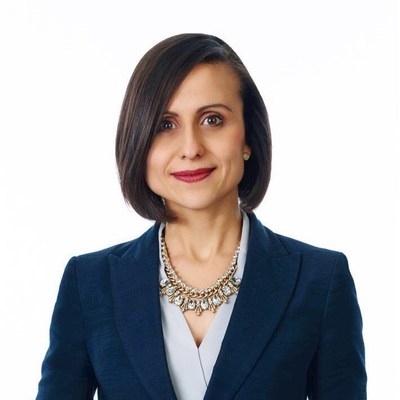 TORONTO, June 26, 2019 /CNW/ - Toronto Hydro's Executive Vice-President and Chief Financial Officer (CFO) Aida Cipolla has been named one of Canada's Top 40 Under 40® for 2019. The award is an annual recognition of the exceptional achievements of 40 outstanding Canadians under the age of 40.

As the Executive Vice-President and CFO for Toronto Hydro, Ms. Cipolla is responsible for the financial strategic management and public reporting of the organization. Under her leadership, Toronto Hydro has consistently achieved strong financial performance and delivered significant dividends to its sole shareholder, the City of Toronto.

In addition to promoting excellence in performance at Toronto Hydro, Ms. Cipolla was recognized for her role as an industry leader. She was recently named the first female chair of the Canadian Electricity Association (CEA) CFO Committee, and previously served as chair of the CEA Finance and Accounting Committee.

Ms. Cipolla has advocated for rate-regulated activities to be recognized under International Financial Reporting Standards, and, in 2017, she received a CEA recognition award for leadership, dedication and hard work within the Canadian electricity sector.

Ms. Cipolla and her peers were selected from over 850 nominees by an independent advisory board comprising 25 business leaders from across Canada. Honourees were chosen on four key criteria: vision and innovation; leadership; impact and influence; and social responsibility.

"It's an incredible honour and privilege to receive this recognition alongside some of Canada's most distinguished young leaders. I share this recognition with my fellow colleagues and am grateful to my incredible mentors and family who've inspired and supported me over the years."