TORONTO, May 16, 2019 /CNW/ - It's Powerline Safety Week, and to raise awareness of the dangers of downed electrical wires, Toronto Hydro has launched a safety campaign called Downed Lines are Deadly. 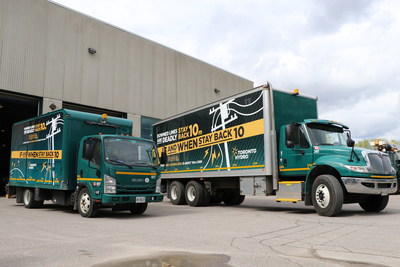 This campaign comes in response to five major storms that swept through Toronto between April and September last year, causing downed trees and powerlines and leaving a combined total of 175,000 customers without power.

To promote awareness, advertisements are being featured in subways, TTC buses, online and on several Toronto Hydro vehicles, which are being wrapped in safety messaging. As extreme storms are expected to become more common, this is an important step to keep the public safe.

Storms can also cause damage to the equipment owned by customers that connect their homes to the electricity grid. Any damaged equipment must be repaired by an electrician before Toronto Hydro can safely reconnect power, avoiding the risk of shock or fire.

In addition to the campaign, Toronto Hydro has also worked with the Electrical Safety Authority and Toronto Police Services to develop a caution tape that's specifically designed to be used at downed wires scenes to help prevent the public from entering into dangerous areas.

As spring storm season is now here, Toronto Hydro wants the public to stay safe and know what to do if they come across a downed wire: stay back at least 10 metres (the length of a school bus) and call 9-1-1 or report it to Toronto Hydro at 416-542-8000.

"Protecting the public during emergency situations is a key priority for Toronto Hydro. With extreme weather and high winds becoming more common, it's important that people understand the dangers of downed wires and the proper distance to maintain to avoid injury or even death." 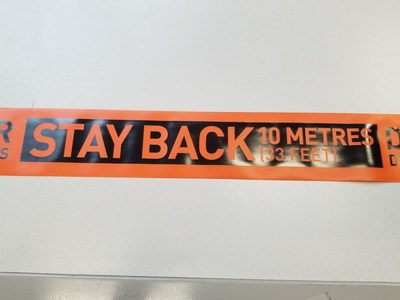