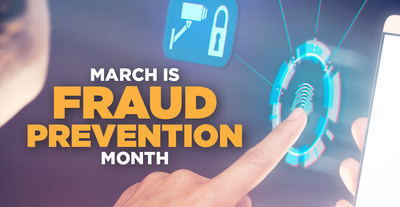 Toronto Hydro Corporation-March is Fraud Prevention Month and To

TORONTO, March 2, 2018 /CNW/ - March is Fraud Prevention Month, and Toronto Hydro is reminding customers to be on their guard, as there are currently several scams in operation.

The emails and/or text messages appear to be from Toronto Hydro, and ask customers to accept an electronic transfer (credit or refund) by clicking on a link. We never send these types of emails/text messages. This is a common phishing scam, and we advise customers not to click on any links, as fraudsters are attempting to access personal information.

Another scam that has been targeting small business customers uses fake bills — along with a personalized letter — that are sent through email or in some instances, fax. The scammers demand payment of $400 for a Smart Meter Deposit — which is not a legitimate charge — or power will be disconnected. After receiving a letter, customers have also been contacted by phone. To help guard against becoming a victim of this fraud, customers should know their account number, and if they're suspicious of a bill, refer to a past invoice for comparison.

We also want to remind customers of an ongoing phone scam that's been operating for several years. Customers have received calls from phone numbers that look legitimate, with fraudsters claiming to be "Toronto Hydro Billing and Collection Process." These fraudsters demand payment, usually in the form of a pre-paid card. We never ask for this type of payment and never threaten to disconnect power immediately.

To protect themselves, our customers should follow these tips:

QUOTES
"With multiple scams in operation, it can be difficult to know what's real and what's fake. If our customers have any doubts about a message they receive, they can call us and we'll confirm if it's real, or if it's the work of scammers."

ABOUT TORONTO HYDRO
Toronto Hydro owns and operates the electricity distribution system for Canada's largest city. A leader in conservation and demand management, it has 766,000 customers located in the city of Toronto and distributes approximately 20% of the electricity consumed in Ontario.