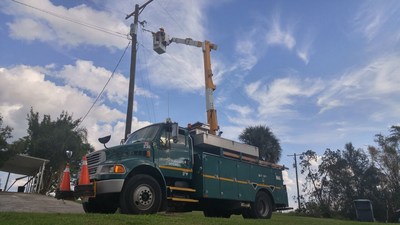 Electrical utilities from the North Atlantic are meeting in Pittsburgh

Members of Toronto Hydro's emergency management team are in Pittsburgh for the conference, which brings together utilities from provinces and states along the northeast that have formally agreed to provide assistance to each other during emergencies, such as severe storms.

Over the next two days, NAMAG members will work on strengthening mutual aid processes through panel discussions, presentations and reviews. Topics include customer communications during outages, resourcing levels and mutual assistance best practices.

This year's event is co-hosted by Duquesne Light Company (DLC) and FirstEnergy. DLC supplies electricity to 600,000 customers in Allegheny and Beaver counties in Pennsylvania and FirstEnergy's ownership of 10 regulated distribution companies forms one of America's largest investor-owned electric systems, and serves six million customers in the Midwest and Mid-Atlantic regions.

"Hurricane Irma recently showed how important mutual assistance can be during times of natural disasters. Attending this conference helps us to improve our responses to widespread outages and solidifies relationships, ensuring we're taking care of each other during times of need."
-  John Borowitz, General Manager, Distribution Grid Operations and Emergency Management, Toronto Hydro