TORONTO, May 16, 2017 /CNW/ - Today, Toronto Hydro joined GFL Excavating and the Electrical Safety Authority (ESA) at an event to remind dump truck drivers about the dangers of hitting overhead powerlines. 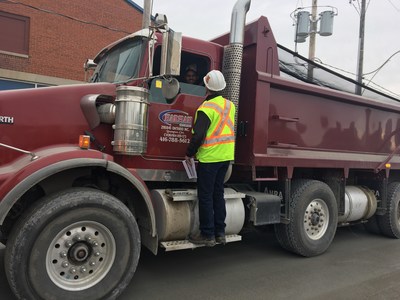 Dump trucks are the number one cause of powerline contact in the construction industry and the biggest risk happens when unloading. Given the height of the bucket, if the job site is close to powerlines, the metal can make contact and become a direct conductor of electricity. Trucks that have their boxes raised can also take down wires and — in some instances — hydro poles.

Safety experts from Toronto Hydro and the ESA helped to hand out safety stickers to drivers as they left the work site. Drivers were asked to commit to working safely around powerlines.

Areas like Toronto can pose an increased risk, as there are a large amount of wires in a congested area. And Toronto is currently a hot spot for dump trucks due to the large amount of excavation happening as a result of unprecedented growth in the city.

"Dump truck drivers are at an increased risk of hitting powerlines due to the nature of their work. By targeting this group, we're hoping to keep them — and the public — safe."
-    Tori Gass, Spokesperson, Toronto Hydro

"Safety is not a part time job. We are all responsible to make the right choices every day at work and at home."
-     Deborah Fraser, National Health and Safety Director, GFL Environmental Inc.

"Many people underestimate the massive amount of power running through the wires that power our homes and communities. Even getting too close to a powerline can kill you or cause serious injury. Electricity rarely gives second chances."
-     Scott Saint, Chief Public Safety Officer, Electrical Safety Authority

Toronto Hydro owns and operates the electricity distribution system for Canada's largest city. A leader in conservation and demand management, it has 764,000 customers located in the city of Toronto and distributes approximately 18% of the electricity consumed in Ontario. 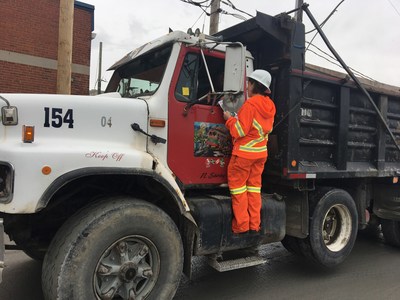